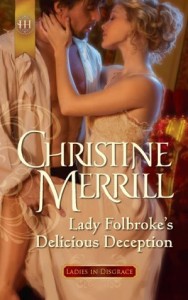 While Emily Longesley could say with truth that she did not dislike many people, she had begun to suspect that she hated her husband’s cousin Rupert. There was something in the way he looked at the manor when he visited that made her think he wished to measure it for furniture.

It was all the more annoying to know that he was entitled to his feelings of possessiveness. If she remained childless, the title fell to Rupert. And as the years had passed since her husband had abandoned her, Rupert’s visits had grown more frequent, more intrusive, and he’d become more generally confident in the eventuality of his inheritance. Lately, he had taken to giving an annoying smirk as he’d asked after the health of her husband, as though he were privy to some bit of information that she was not.

It was even more bothersome to suspect that this might be the truth. Although her husband’s secretary, Hendricks, insisted that the earl was well, he was equally insistent that Adrian had no desire to communicate with her. A visit from him was unlikely. A visit to him would be both unwelcome and out of the question. Were they hiding something, or was her husband’s dislike of her as transparent as it appeared?

Today, she could stand it no longer. ‘Rupert, what is the meaning of that expression on your face? It almost appears that you doubt my word. If you suspect that Adrian is ill, then the least you could do is pretend to be sympathetic.’

Rupert looked at her with a smug grin that seemed to imply he’d caught her at last. ‘I do not suspect Folbroke of illness so much as I begin to doubt his existence.’

‘What utter fustian. You know perfectly well that he exists, Rupert. You have known him since childhood. You attended our wedding.’

‘And that was almost three years ago.’ He glanced around him, as though the empty air were some recent discovery. ‘I do not see him here, now.’

‘Because he resides in London for most of the year.’ All of the year, in fact, but it would not help to bring that to the fore.

‘None of his friends has seen him there. When Parliament is in session, his seat in the House of Lords is vacant. He does not attend parties or the theatre. And when I visit his rooms, he is just gone out and not expected back.’

‘Perhaps he does not wish to see you,’ Emily said. If so, she had found one point of agreement with her absent spouse.

‘I do not particularly wish to see him, either,’ Rupert said. ‘But for the sake of the succession, I demand to see some evidence that the man still breathes.’

‘That he still breathes? Of all the ridiculous things you have said, Rupert, I think that this is the worst. You are his closest living relative. And his heir. If the Earl of Folbroke had died, you would have been notified of it immediately.’

‘If you chose to tell me.’ He was looking at her with a suspicious cat’s gaze, as though he was sure, if he stared long enough, she would admit to a body buried beneath the floorboards.

‘Of course I would tell you if something had happened to Adrian. What reason would I have to conceal the truth from you?’

‘Every reason in the world. Do you think I cannot see how you are left in charge of this property when he is absent? The servants take their orders from you. I have seen the steward and the man of business come to you for their instructions, and caught you poring over the account books as though you would have any idea what to do with them.’

After all the time she had spent reading them, she knew perfectly well what to do with the accounts. And her husband had no problem with her taking them on, even expressing his approval of her management in the few curt communications that had come to her through Hendricks. ‘Since you are not yet the earl, why should it matter to you?’

Rupert’s eyes narrowed. ‘Because it is unnatural. I do not wish to see my inheritance squandered through the mismanagement of a woman. I have written to Folbroke frequently with my fears. Yet there is no sign of him coming to take control of what is rightfully his. He is here so seldom that he might as well be dead. And perhaps he is, for all you seem to care. You have arranged the running of the place to your own satisfaction, have you not? But if he has passed and you think can maintain a charade that there is a master here, you are sorely mistaken.’

Emily gathered her breath, trying to remain calm in the face of the bombardment. Rupert had always been a bit of a pill, but she had done her best to be kind to him, for the sake of her husband. Her even temper had been wasted on both Adrian and his ridiculous cousin, and her patience had reached its end. ‘Your accusations are ridiculous.’

‘I think not, madam. The last time I visited his rooms, the servants claimed he was indisposed. But when I forced my way in to search for him, I could find no trace.’

‘If you abuse his hospitality and bully his servants, then no wonder he does not wish to see you. Your behaviour is beyond rude. The fact that you have not seen him does not indicate that I have not. How do you think papers of business for this estate are signed? I cannot sign them myself.’ Actually, she found her forgeries quite credible. And what could not be forged was passed through to her husband’s secretary and then returned to her. Though she knew Hendricks to be as devoted to her husband as he was helpful to her. While there was no proof that these papers were forged as well, she sometimes had her suspicions.

But Rupert had no faith at all. ‘On the contrary, I have no doubt that you could and do sign documents. Should a miracle occur, and I receive a letter from your husband, I will have no proof that his hand was the one that wrote it.’

‘And I suppose you do not believe me when I say that I have contact with him regularly.’

Her cousin laughed. ‘Of course I do not. I think it is a ruse to keep me from what is rightfully mine.’

His surety in the emptiness of her marriage had pushed her temper to the breaking point. ‘This estate is not yours. None of it. It belongs to Adrian Longesley, the current Earl of Folbroke. And after him, to his son.’

Rupert laughed again. ‘And when are we likely to see an heir from your invisible husband?’

The idea struck suddenly, and she could not help but express it. ‘Quite possibly in eight months. Although it is just as likely to be a girl. But Adrian assures me that in his family the first child is almost always male.’

This seemed to deflate Rupert, who sputtered his next answer. ‘You areâ€¦areâ€¦’

‘Increasing. Yes.’ Now that the first lie was out, it emboldened her to continue in it. ‘I did not mean to be so unladylike to broach the subject of my condition, but since you insist on trying me with baseless suspicions, I have no choice. And I would think carefully, were I you, to speak what is probably in your mind and hint that it is not my husband’s child at all. If I hear so much as a breath of that, I will tell Adrian how you speak to me when he is away. And he will think nothing of family connections and run you through for spreading salacious rumours about me. He was in the army, you know. He is still a crack shot, and a dab hand with a sword. And very sensitive of my feelings. He would not wish me to be hurt.’ The last was the biggest lie of all. But what did it matter, next to her imaginary baby?

Rupert’s face was white mottled with red, and his lips twitched as though she had pushed him so close to apoplexy that his speech had failed. Finally, he managed, ‘If this is true, which I sincerely doubt it is, then I hardly know what to say of it.’

Emily smiled, turning his sly looks back upon him. ‘Why, my dear cousin Rupert, that is simplicity itself. The only thing you must say to me is “Congratulations.” And then, “Farewell.” Women in my condition tire easily. And, alas, I have no more strength to socialise with you.’ She gripped him by the hand in a way that might appear fond were it not so forceful, and gave a forward tug, propelling him past her to the doorway of the salon and allowing his momentum to carry him out into the hall. When he was clear of the door, she shut it quickly behind him and leaned her shoulders against the panel, as though that were all it would take to block out any further visits.

It had been bad enough, at the beginning of the interview, when she had feared that she would have to produce her wayward husband. But now she would be expected to produce both him and an infantâ€”and get Adrian to agree that he had fathered the child, whether he had, or not.

Or not. Now there was an interesting possibility. At the moment, she had no admirers to encourage in so passionate a way. And while she did not think herself unattractive, she suspected that there were some things that even the loyal Hendricks would not do in the name of maintaining the status quo.

But if Adrian had any interest in her continued fidelity, than he had best get himself home at least long enough to prove his good health, if not his virility. She had not heard a word from him in almost a year. Although the servants swore that they had seen him, they did it with the sort of worried expressions that told her something was seriously amiss. And they followed their avowals with equally worried assurances, similar to Hendricks’s, that there was no need for her to go to London to see for herself. In fact, that would be the worst possible thing for her to do.